What do you know about Lincolnshire? It makes those herby sausages?

What else? Here’s where you’ll be surprised. Lincolnshire, like many counties has a few claims to fame hidden up its sleeves. Here are ten of them. 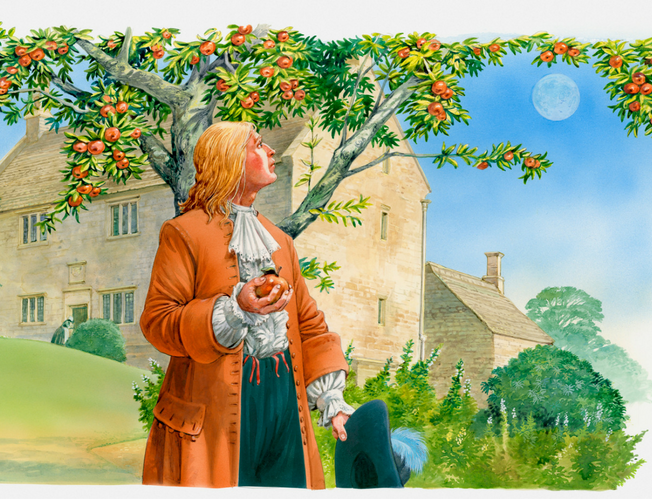 The most famous apple is history is not an American technology company, but one from Lincolnshire.

Arguably the most influential scientist of all time, Sir Isaac Newton, was born in Woolsthorpe and educated at The King’s School in Grantham.

Woolsthorpe Manor now owned by the National Trust was Newton’s home, and an apple tree in its garden helped form his world changing theory of universal gravitation.

Apparently, an apple (or perhaps a few!) falling to the ground made Newton wonder, why they fell towards the Earth. Why not up or sideways? The rest, as they say, is history. 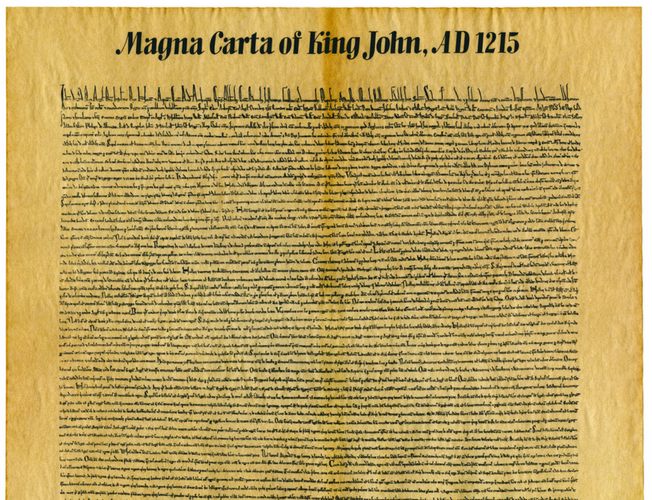 An original version of the 1215 Magna Carta can be seen in Lincoln Castle. The Magna Carta, meaning ‘Great Charter’, is one of the most important and famous documents ever created. And, this is the only place in the world to see the original.

The Magna Carta was issued by King John, as a practical solution to the political crisis he was facing at the time and prosed that everyone was equal in the eyes of the law (even kings). 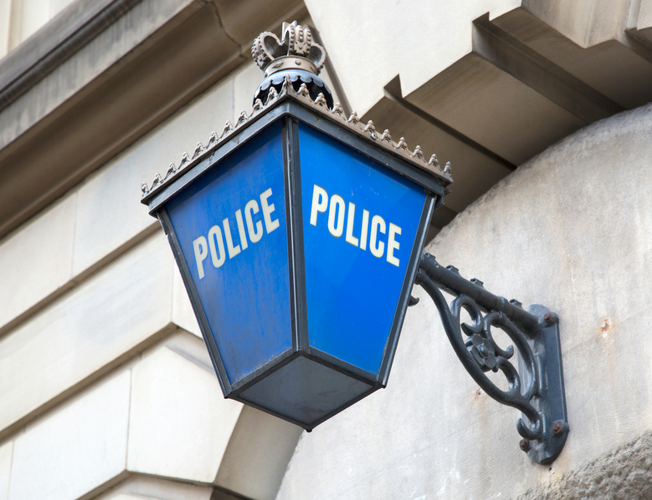 Over a century ago the first female police officer with full arrest powers was appointed – a true milestone in British policing.

Edith Smith’s duties were to deal with cases where women were involved, including helping to control a prostitution problem in Grantham, fuelled by a nearby airbase.

Edith retired from the force after working 7 days a week for two years (unsurprising!) 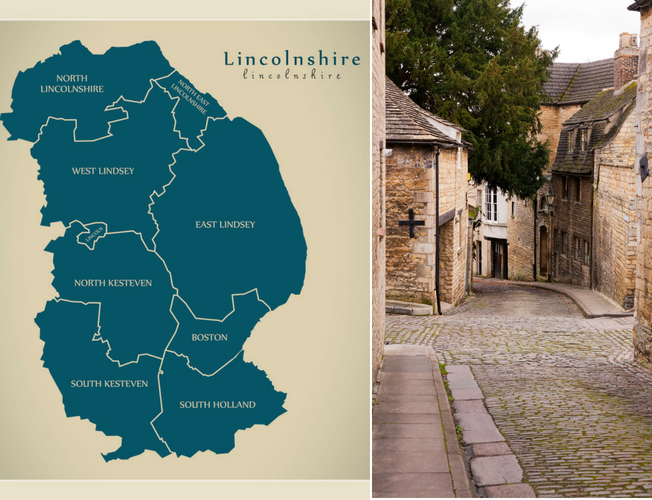 It’s been over 50 years since architectural conservation areas started popping up around Britain, and the first was Stamford in Lincolnshire.

In 1967, only two months after the Civic Amenities Act was passed Stamford was designated as a town of special interest. Stamford has over half of the listed buildings in Lincolnshire, with a staggering 600.

The much-loved poet laureate, John Betjemen, described Stamford as ‘England’s most attractive town’. Unlike so many places, it has remained time-still and has an array of 18th and 19th century architecture, making it beautiful.

5. First Barcode in the Country 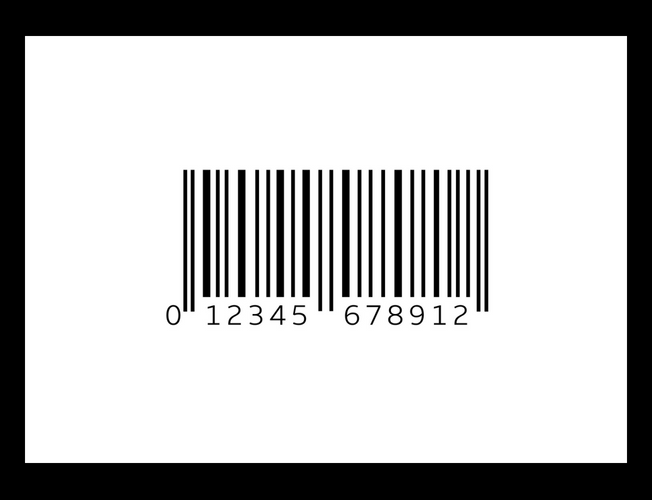 If there’s something we don’t pay much attention to, it’s the barcode. It’s some black lines and numbers that reveal what a product is when scanned by a bleepy thing. How wrong we are. They're so much more than this.

Barcodes are everywhere. Not only will a barcode identify a tin of soup, but also a patient in a hospital. They’re also used when you check onto flights.

Simply, they’re an automated way of recording data. Imagine having to manually record everything that was sold in a supermarket? That’s how it used to be. The barcode was a tech revolution.

In 1979, the first barcode in Britain was scanned. And, it just happened to be on a packet of teabags in Pinchbeck, Lincolnshire. 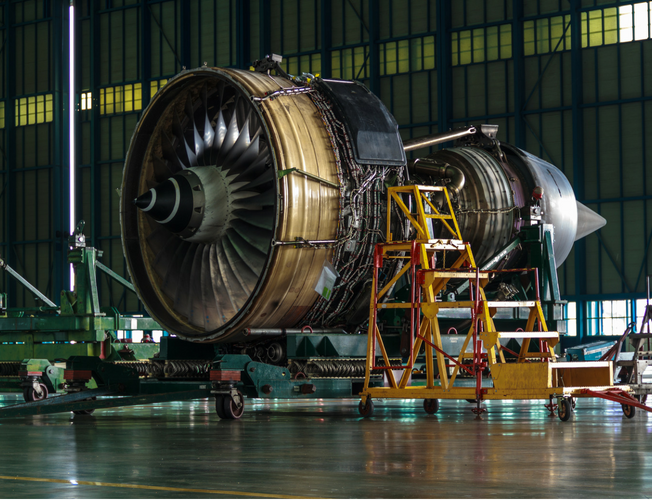 Jet travel had to take off somewhere (pun intended), and this somewhere was Lincolnshire. Air commodore and engineer, Sir Frank Whittle is famous for singlehandedly developing the Turbojet engine – transforming air travel. Before, there were inefficient propeller engines.

His world-changing designs, and engineering took place at RAF Cranwell, initially whilst he was still a cadet. He had to battle with financial difficulty and work tirelessly on his project – but after many years his engine was nationalised.

Sir Frank Whittle was a rare genius and is considered by many as one of the greatest Britons of all time. 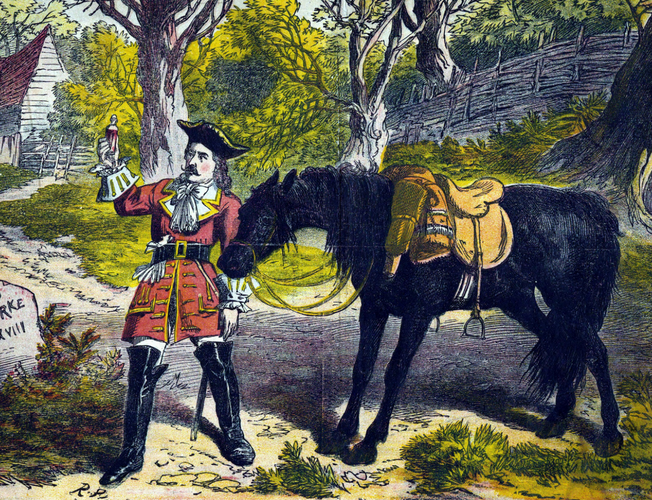 Dick Turpin was a highwayman whose exploits became romanticised by Victorian England. He was known for horse thievery, but was also a burglar, poacher and worse – a murderer.

The most famous tale involving Dick Turpin, is his fictional overnight gallop on his horse ‘Black Bess’ from London to York to avoid capture in the capital. It was thought he’d accidentally killed a member of his own gang, and whilst fleeing the scene another man who’d tried to stop him.

After abandoning London, apparently Turpin spent the best part of a year in Long Sutton in Lincolnshire, under the name of John Palmer.

What did he get up to in Lincolnshire? Poaching, mostly.

However, it was for the theft of three horses that Turpin was finally caught – and hanged. 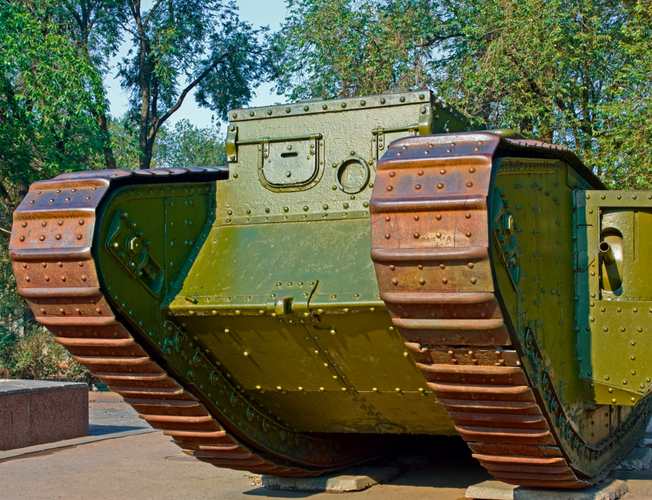 William Foster & Co Ltd, known as ‘Fosters of Lincoln’ helped design and built the first ever tanks, used in WW1.

The invention of these all terrain, armoured vehicles changed the face of the war.  Before tanks, in rural areas almost every battle was fought on foot – infantry to infantry.

On the day they were deployed near Flers in Northern France 1916, the Germans had no clue what a tank was, and were not prepared. The German frontlines crumbled, and it was one of the few times in WW1 where a defensive force ran in terror. 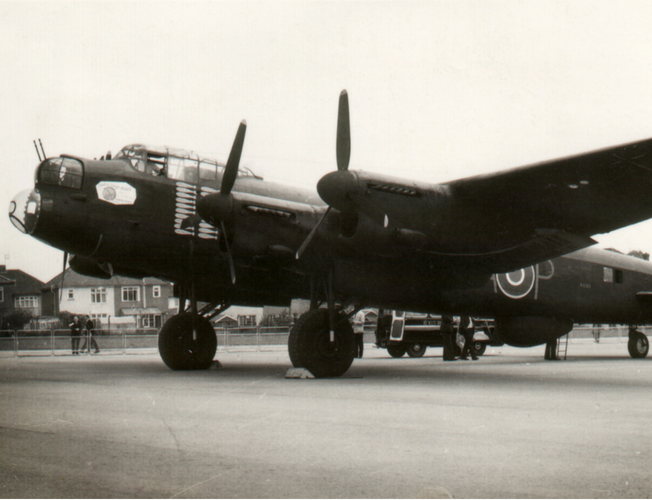 Royal Airforce Squadron No. 617 doesn’t sound very dramatic, until you learn its other name. The ‘Dambusters’.

This celebrated squadron was formed under a veil of secrecy at RAF Scampton in Lincolnshire during WW2 in 1943. Their pivotal mission involved using ‘bouncing’ bombs to burst dams that supplied power and water to the Ruhr industrial region of Germany.

The Dambusters’ successful mission was immortalised in a classic war film of the same name. Perhaps the greatest war film of all time. 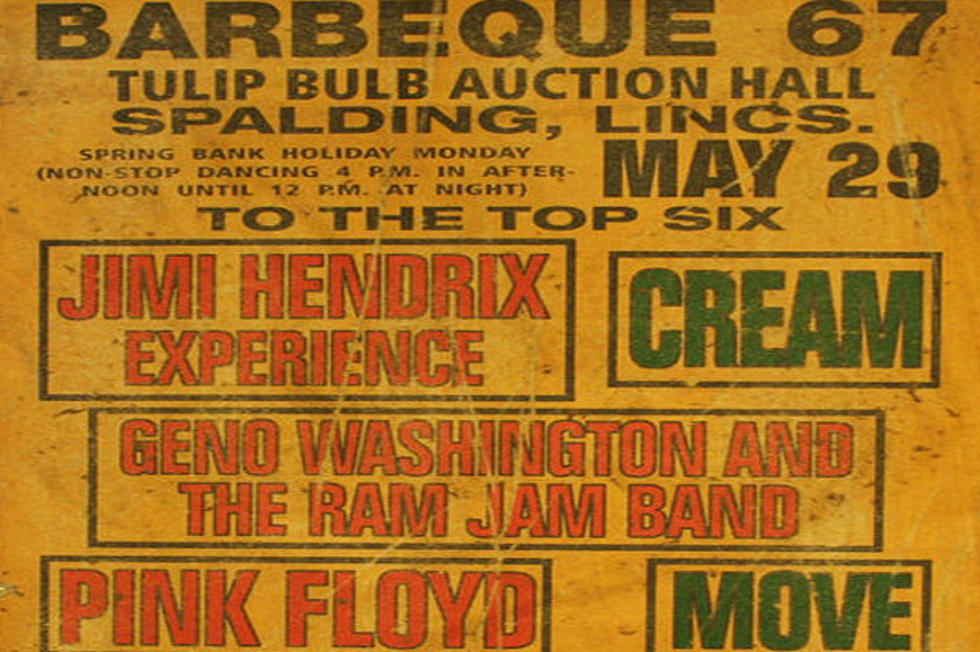 Okay, Lincolnshire isn’t just geniuses, military stuff and listed buildings. Although debatable (these things always are), Spalding in Lincolnshire, is thought to have hosted the first proper rock festival.

On the bill were some unknown bands, such as…Pink Floyd, The Jimi Hendrix Experience and Cream.

Rumours suggest that Eric Clapton outplayed Jimi Hendrix by a mile. Those who went say Jimi turned up late, had tuning issues and set fire to his guitar afterwards. 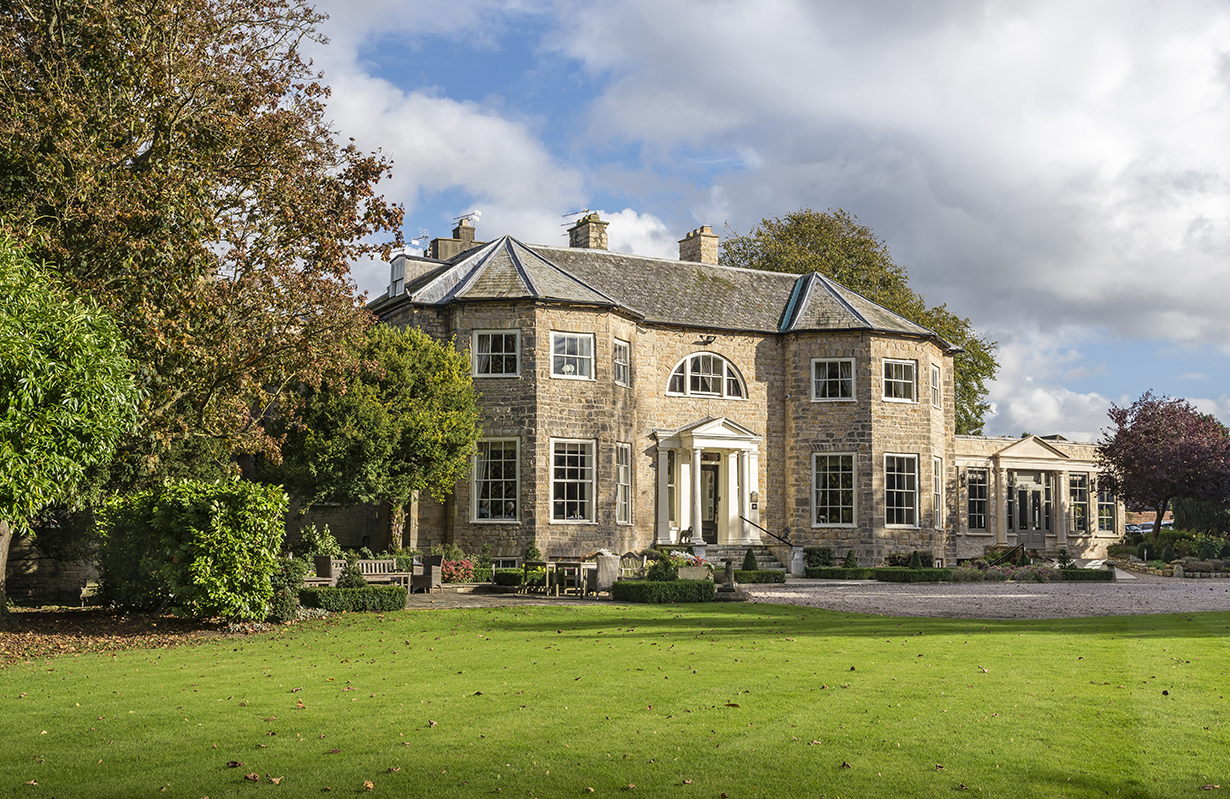 Now you're suitably intrigued by our wonderful county, you should visit.

Summer is winding down, and autumn is approaching. Popular tourist destinations (like so many in Lincolnshire) are quieting down, and holidaying is becoming a more peaceful, contemplative experience.

There's so much to do, we have plenty more suggestions to help you explore Lincolnshire.

Our country house hotel, near Lincoln, is a lovely place to stay - a beautiful period property, with boutique rooms and superb dining. Plus, strolling within our grounds, amongst fiery trees, during the changing season – is truly magical.