The summer holidays are over and the children are back at school but the golden autumn sunshine still has plenty of warmth and as it lights the scattering of rusty fallen leaves, sets the British countryside aglow with loveliness. This combination of tranquility and beauty, autumn is the perfect time of year for a romantic trip away.

For parents who have been frantically juggling work with entertaining the little ones over the summer, this is the time to book a child-free break of their own. Couples wanting a romantic getaway, can enjoy many stunning destinations in greater peace without paying peak prices, now the holiday crowds have dispersed.

With its unspoilt countryside, windswept beaches, quaint villages and historic towns, Lincolnshire is a wonderful place to spend a romantic minibreak and Washingborough Hall is the perfect base from which to explore it.

To help you plan, here are our top recommendations for a quick romantic holiday in Lincolnshire:

1) A trip to Lincoln 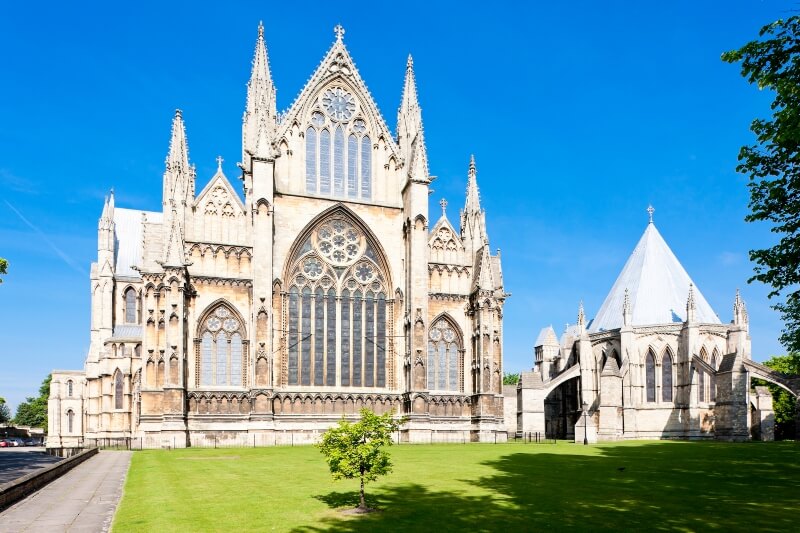 Rich in history, beauty and culture, Lincoln is a perfect day trip – and is just two miles down the road from us here at Washingborough Hall Hotel meaning you could meander there along the River Witham in an hour, if you’re feeling energetic.

Medieval Lincoln Cathedral sits atop its hill towering over the dainty city. Head up the aptly named ‘Steep Hill’ past dozens of tempting independent shops, cafes and restaurants to reach what was once the tallest building in the world and remains one of Europe’s finest Gothic buildings. Admire the intricacy of the stone carving and stained glass windows then trudge to up to the Cathedral roof and tower for spectacular views across the county.

A trip to Lincoln would not be complete without a look at one of the original surviving copies of the Magna Carta which is housed in Lincoln Castle, built by William the Conqueror in 1068. Or if you’re interested in ancient history, follow the Roman Trial for the glimpses of Lindum Colonia, the Roman City of Lincoln founded in the first century AD, that can still be seen today.

Break up your sightseeing by heading to one of Lincoln’s many great pubs, cafes and restaurants for a delicious lunch or perhaps finish up in Lincoln and return to Washingborough Hall for a tasty afternoon tea.

2) Admire the seals on a beach walk 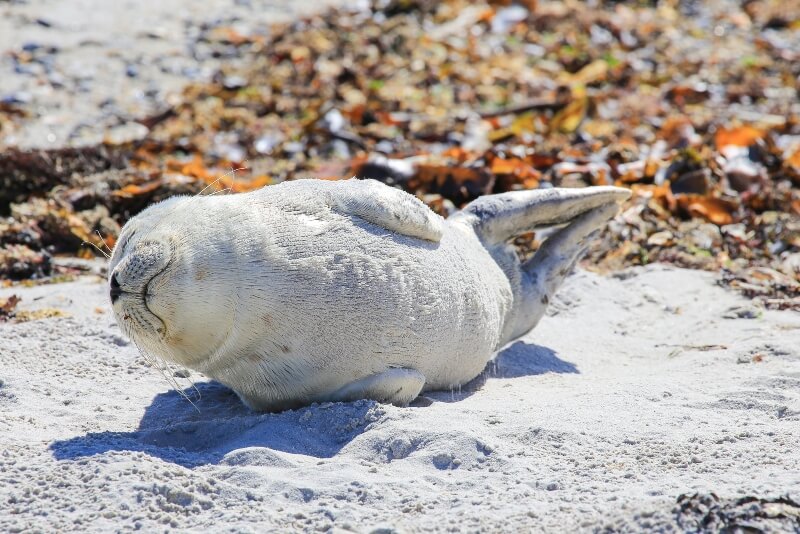 Lincolnshire boasts more than 50 miles of coastline most of which is lined by isolated sandy beaches backed by miles of dunes and marshes rich in rare wildlife. Around a million birds each year from across the globe migrate along Lincolnshire’s shore, much of which of is designated as Sites of Special Scientific Interest (SSSI).

Then there are the traditional seaside resorts of Skegness and Cleethorpes with their Victorian promenades, piers and donkey rides. Whatever your preference, a walk along the North Sea coast is always a lovely way to pass a couple of hours.

But one of the jewels in Lincolnshire’s coastal crown are its seal colonies. In autumn certain spots along this sparse coastline play host to thousands of grey seals who come here to give birth and raise their tiny pups. At Donna Nook National Nature Reserve in November and December the beach is heaving with seals and their adorable white fluffy babies which can be viewed from special paths which keep the colony safely separated while enabling them to be admired from very close quarters.

3) Take a walk on the grander side of life 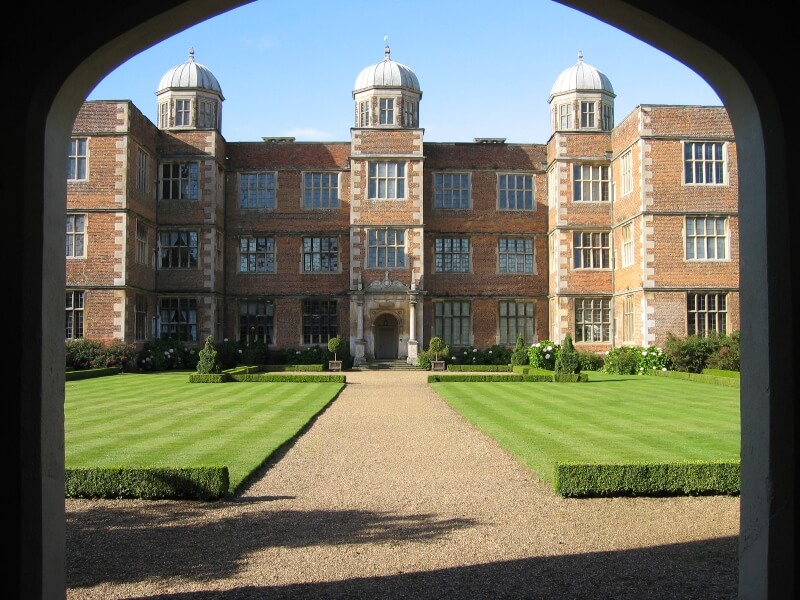 Lincolnshire is home to an impressive array of historic stately homes, many of which have been owned by the same families for dozens of generations.

The most majestic of all these is Burghley House, built in the 16th century by the first Lord Burghley William Cecil, Lord High Treasurer to Queen Elizabeth I, which sits at the centre of extensive Capability Brown gardens and parkland and houses a wealth of treasures in the form of antique furniture, fine art, ceramics and more.

Other fascinating historic properties spread across Lincolnshire include Elizabethan gem Doddington Hall, and one of the one of the UK’s best preserved 15th century timber-framed manor houses, Gainsborough Hall, which was visited by Richard III, Henry VIII, and the Mayflower Pilgrims.

Grimsthorpe Castle, with its woodland, gardens and 50-acre lake has been home to the same family 1516 while National Trust owned 15th century Tattershall Castle is one of the best surviving examples of English medieval brickwork. This is just a taster of the heritage buildings on offer so take your pick for a great day out. 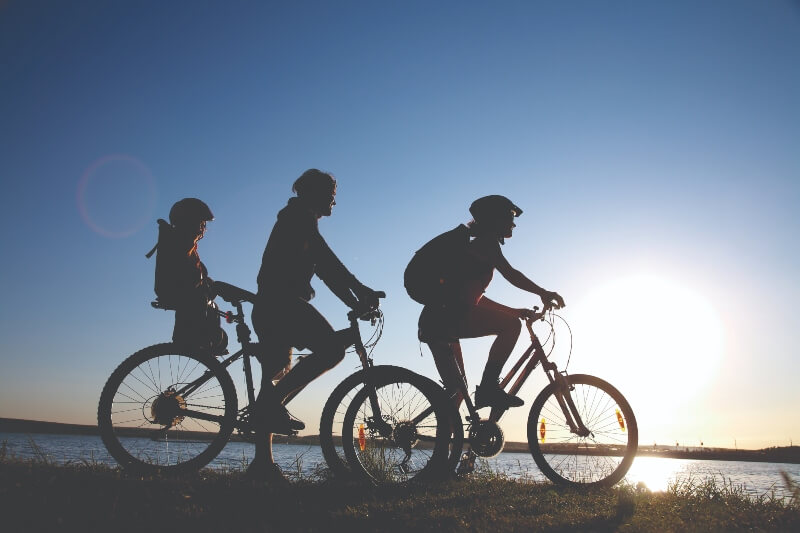 The gently undulating green hills of the Lincolnshire Wolds Area of Outstanding Natural Beauty (AONB) have some amazing walks and cycling routes which make an idyllic day out.

Covering 216 square miles of unspoilt countryside, the Wolds will transport you into a world of quaint hamlets and sleepy villages, tranquil wooded valleys, rolling farmland offering up mouthwatering local produce which can be found at the farmers markets which frequent the cobbled streets of nearby market towns like Louth and Horncastle.

There are plenty of gentle circular walking and cycling routes or you could choose to spend a day covering part of the 146-mile Viking Way. Whether on foot or wheels, these paths will enable you to escape your day to day cares and quietly explore this magical corner of England.

However you choose to fill your days, you are guaranteed a warm welcome back to Washingborough Hall where you can relax in front of the log fire before indulging in a sumptuous dinner at one of our two fantastic AA rosette restaurants, The Dining Room or the Lounge Bar.